Especially that distilled yet again in Paris during COP21. 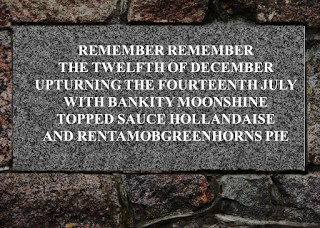 “The witchcraft and voodoo that is modern climate science is utterly sterile.”

“Global warming did serve a couple of useful purposes. The issue has been a litmus test for our political class. Any politician who has stated a belief in global warming is either a cynical opportunist or an easily deluded fool. In neither case should that politician ever be taken seriously again. No excuses can be accepted.”

“Do we live in a special time in which the laws of physics and nature are suspended?
No, we do not.
Can we expect the relationship between the Sun’s activity and climate, which we can see in data going back several hundred years, to continue for at least another twenty years?
·         With absolute certainty, we can.
·         The Sun drives climate. The demonstrated relationship between solar activity and climate predicts a severe cooling out to at least the year 2040 – that is, for the next quarter of a century or so.
have a minuscule effect on climate. Increased atmospheric carbon dioxide is not even a little bit bad. It is, in fact, wholly beneficial. The more carbon dioxide we can put into the atmosphere, the better life on Earth will be for human beings and all other living things.
If all that is true, you will ask, how is it that the United Nations-derived Intergovernmental Panel on Climate Change (IPCC) came up with its icecap-melting prediction of a 6°C increase in average global temperature by the end of this century?”

“The UN-EU establishment that gave us the global warming scare in order to establish a new world order (after the fall of Communism) …. was necessary … to negate the triumph of liberal democracy that Francis Fukuyama predicted in 1992.  As a belief system, global warming gave its adherents some of the basics in spiritual nourishment – original sin, the fall from grace, absolution, redemption, and sacrifice, to name a few.”

“It is one thing for the UN-EU bureaucrats to conspire against the productive elements of society.  Nothing less is expected of them. Similarly, individual scientists selling their miserable souls for thirty pieces of silver is also completely understandable, and nothing new. What has been extremely disappointing is the learned societies, professional societies, and other scientific institutions accepting the global warming hoax without question, even though a moment’s consideration would have shown that the premise is laughable. Evidently global warming filled a sort of emptiness, a hollowness in many men’s souls. Perhaps if people come to see through this con job and understand the psychology behind their irrational belief, they will not be so gullible when the next one comes along.”

These quotes are just a few excerpts from the first chapter of David Archibald’s TWILIGHT OF ABUNDANCE [Regnery Publishing,  Washington DC, 2014].

The globe can be getting warmer or colder, but the idea that the human contribution from burning carbon fuels has anything to do with it is not only IMHO the biggest political and intellectual fraud ever – but so says the IPCC itself. To leave no doubt, in an interview published in the Neue Zürcher Zeitung on 14 November 2010, Professor Ottmar Edenhofer, co-chair of IPCC Working Group III and Deputy Director and Chief Economist of the Potsdam Institute for Climate Research (PIK), is quoted saying: “The climate summit in Cancun at the end of the month is not a climate conference, but one of the largest economic conferences since the Second World War…. one must say clearly that de facto we redistribute the world's wealth by climate policy….  One has to rid oneself of the illusion that international climate politics have anything to do with environmental concerns.”
Further details at http://cleanenergypundit.blogspot.com/2011/10/west-is-facing-new-severe-recession.html.

The ongoing discussion pro and con is becoming akin to the scholastic argument as to how many angels can dance on the head of a needle. Which is, of course, exactly what is intended to achieve worldwide disorientation away from the actual IPCC aims of global de-democratization and helotization through monetary and energy politics – the multi-trillion dollar costs of this CO2 dead-horse trade appear the biggest ever case of taxation without representation – and bringing a whole, if not all, of science into disrepute in the process.  Even the UK Royal Society has become Lysenkoist.

Knowing that there is no escape from THE FOUR LAWS WITHOUT WHICH NOTHING WHATSOEVER IN THE UNIVERSE THAT HAPPENS, HAPPENS – and which cannot be overruled by edicts from whoever, be it Dalai Lama, Pope, Obama, Merkel, IMF, UN, EU, IPCC, PIK, the Supreme Court, EPA, or anyone, I suggest a look at some facts I collected on the subject in my IDIOT GUIDE TO GLOBAL WARMING at http://cleanenergypundit.blogspot.co.uk/2015/11/idiot-guide-to-global-warming.html which according to Google found a surprisingly large number of readers. 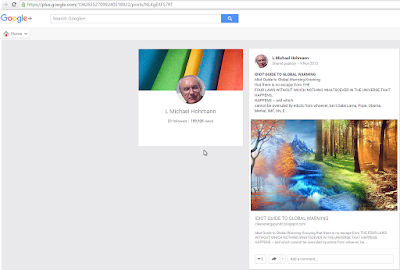