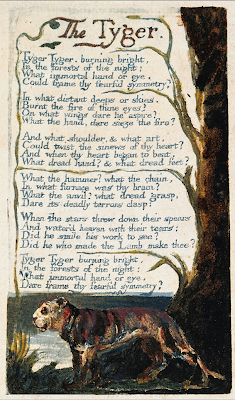 ‘Tyger, tyger burning bright, in the forests of the night…’ flashed through one of my synapses as I lay reading during one of my nightly journeys through other people’s minds – night-time is when I do my serious reading – trying to stretch my nous beyond current confines beyond which lie not only oceans of ignorance, but also hopes and dreams.

Some of these journeys of the mind prove rather stirring, like coming across Peter Diamandis’ Abundance about which I already enthused at http://cleanenergypundit.blogspot.co.uk/2012/05/if-you-are-at-all-interested-in-energy.html.  “You’ve got to have support”  is the heading in the latest of his Abundance Espresso Shots which arrived by email:

“Do those around you inspire or hinder you? In this Abundance Espresso Shot, I talk about:
·         The people you go through life with
·         How the people surrounding you affect your actions
·         How to surround yourself with a great community
Watch it here. This is essential viewing!
-Peter “

Then there was Freeman Dyson’s The Scientist as Rebel [The New York Review of Books, 2006]:

“From Galileo to today’s amateur astronomers, scientists have been rebels, writes Freeman Dyson.  In their pursuit of Nature’s truths, they are guided as much by imagination as by reason, and their greatest theories have the uniqueness and beauty of great works of art.”

to quote from the book’s back cover blurb, where Wired is also quoted with “Dyson embodies the ideal of the scientist as iconoclast… Provocative, touching, and always surprising.” Just the right stuff for Tyger Nights.

“ WHAT A WORLD !”
“It is refreshing to read a book full of facts about our planet and the life that has transformed it, written by an author who des not allow facts to be obscured or overshadowd by politics. Vaclav Smil is well aware of the political disputes that are now raging abaout the effects of human activities on climate and biodiversity, but in The Earth’s Biosphere: Evolution, Dynamics, and Change [MIT Press, 2002]  he does not give them more attention than they deserve. He emphasizes the enormous gaps in our knowledge, the sparseness of our observations, and the superficiality of our theories. ….”

“After this review appeared, Vaclav Smil published anothyer book, Energy at the Crossroads: Global Perspecitves and Uncertainties [MIT Press, 2003], dealing directly with the practical issues of energy supply and demand. The new book makes a good complement to The Earth’s Biosphere, which describes the larger framework of ecology within which practical policies must fit.  I am gratefu to Smil for sending me the new book, and sorry that I had not seen it when I wrote the review.”

In trying to entice you to share my excitement in reading not only Freeman Dyson’s wide-ranging book reviews, but above all also the books about the biosphere and energy here mentioned, let me just quote two more sentences; apologies in advance if you know that already – I certainly have not:

“The fundamental reason why carbon dioxide abundance in the atmosphere is critically important to biology is that there is so little of It. A field of corn growing in full sunlight in the middle of the day uses up all the carbon dioxide within a meter of the ground in about five minutes. If  the air were not constantly stirred by convection currents and winds, the corn would not be able to grow.”

Neither had I ever heard of Vaclav Smil or of these books of his which Freeman Dyson finds so praiseworthy.  As one would do, first call is good old Wikipedia http://en.wikipedia.org/wiki/Vaclav_Smil and his website http://www.vaclavsmil.com/. With the lists of achievements and long lists of books and other publications to be found there I am surprised that Vaclav Smil appears unknown amongst the many books and general media that are the mainstream of energy, sustainability, biodiversity discussions on paper or the internet (could, of course, be due to my ignorance exceeding my awareness of it).

In any case, three of Smil’s books were ordered, and read (!), immediately after reading Dyson's review. The resulting Tyger Nights left me thoroughly flabbergasted and gobsmacked since I thought I had known a little about energy, earth, sustainability and related issues, but now realize  after confronting these three reads alone, that I am at best only an ‘apprentice pundit’.

I can, therefore, do no more than present these books and quote some of the blurb and comment texts from their respective back covers in the hope of engendering a wider readership.  In that respect I can only quote another hero of mine – Richard Buckminster Fuller – from the Foreword of his Critical Path  [Hutchinson, 1983]:

“My reasons for writing this book are fourfold:
(A)   Because I am convinced that human knowledge by others of what this book has to say is essential to human survival.
(B)   Because of my driving conviction that all of humanity is in peril of extinction if each one of us does not dare, now and henceforth, always to tell only the truth, and all the truth, and to do so promptly – right now.
(C)   Because I am convinced that humanity’s fitness for continuance in the cosmic scheme no longer depends on the validity of political, religious, economic, or social organizations, which altogether heretofore have been assumed to represent the many.
(D)   Because, contrary to (C), I am convinced that human continuance now depends entirely upon:
a.     The intuitive wisdom of each and every individual.
b.     The individual’s comprehensive informedness.
c.     The individual’s integrity of speaking and acting only on the individual’s own within-self-intuited and reasoned initiative.
d.     The individual’s joining action with others, as motivated only by the individually conceived consequences of so doing.
e.     The individual’s never-joining action with others, as motivated only by crowd-engendered emotionalism, or by a sense of the crowd’s power to overwhelm, or in fear of holding to the course indicated by one’s own intellectual convictions."

I felt sure on reading Vaclav Smil's books that he must be motivated by no lesser reasons than Fuller – and then, there amongst 1000+ references, I find Vaclav Smil’s listing  of:  Fuller, R.B. 1981. Critical Path, New York: St Martin’s Press, in Energy at the Crossroads. 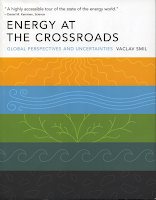 “The most sober, thorough, and thoughtful integrated text on energy available, and it embodies core facts and some fundamental truths that any analyst of energy issues should ponder….  This book should change the map by which we navigate the new energy century. In its intellectual content it is a great book, standing head and shoulders above most integrated writings on energy and environment.”
Michael Grubb, Nature

In Energy at the Crossroads Vaclav Smil considers the twenty-first century’s crucial question:  how to reconcile the modern world’s unceasing demand for energy with the absolute necessity to preserve the integrity of the biosphere. With this book he offers a comprehensive, accessible guide to today’s complex energy issues – how to think clearly and logically about what is possible and what is desirable in our energy future. 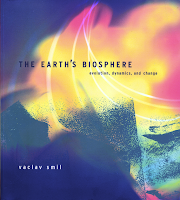 “Finally we have an accessible, highly integrated account of the environment:  wise rather than clever, responsible rather than glib, comprehensive rather than confused, comprehensible rather than new. Smil’s unique biospheric narrative, devoid of hype and patriotism, transcends academic apartheid. This immensely learned story of the past history and current state of the third planet is destined to become required reading for anyone who seeks the environmental context for human activity.”
Lynn Margulis, Distinguished University Professor, Department of Geosciences, University of Massachusetts at Amherst, and recipient of the National Medal of Science. 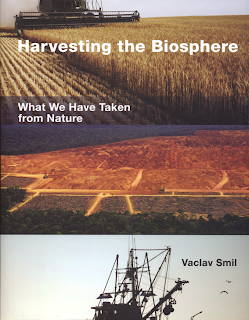